Cookie preferences
This website uses cookies, which are necessary for the technical operation of the website and are always set. Other cookies, which increase the comfort when using this website, are used for direct advertising or to facilitate interaction with other websites and social networks, are only set with your consent.
Configuration
Technically required
These cookies are necessary for the basic functions of the shop.
"Allow all cookies" cookie
"Decline all cookies" cookie
CSRF token
Cookie preferences
Currency change
Customer-specific caching
Individual prices
Selected shop
Session
Comfort functions
These cookies are used to make the shopping experience even more appealing, for example for the recognition of the visitor.
Note
Statistics & Tracking
Affiliate program
Track device being used
Categories 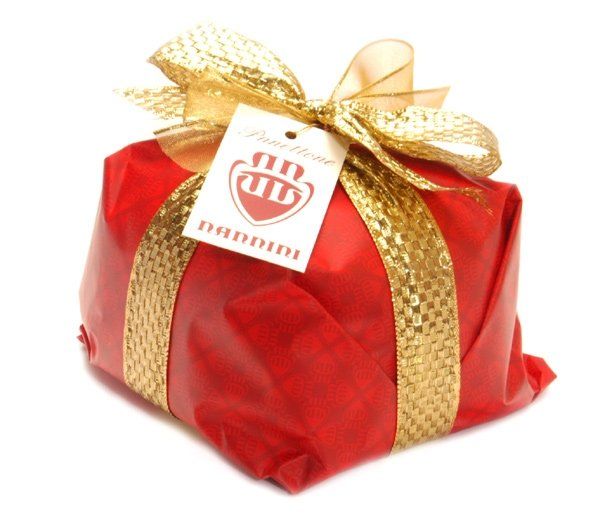 This product is currently not available.
Please inform me as soon as the product is available again.

Traditional Christmas pastry from Italy from Pascticcerie Nannini in Siena.

Panettone is made from a soft, incompletely baked yeast dough. The dough is incredibly light, fresh and delicious.

Delicious Italian yeast cake. Traditional Christmas pastry from Italy from Pascticcerie Nannini in Siena. It contains candied fruit and small dried grapes. A real Italian speciality served in slices. This cake is originally from Milan. In Italy it is the traditional Christmas cake.

It contains dried fruits and cedar essences. It is baked in the typical cylindrical shape. Numerous stories entwine around the origins of the Panettone. One says that the pastry goes back to a Milanese apprentice baker named Antonio. He was in love and thought up the Panettone for his beloved. Soon everyone in Milan wanted this "Pane di Antonio". This later became Panettone. If the Panettone is not consumed completely, "one traditionally likes to wash it down with champagne on New Year's Eve".